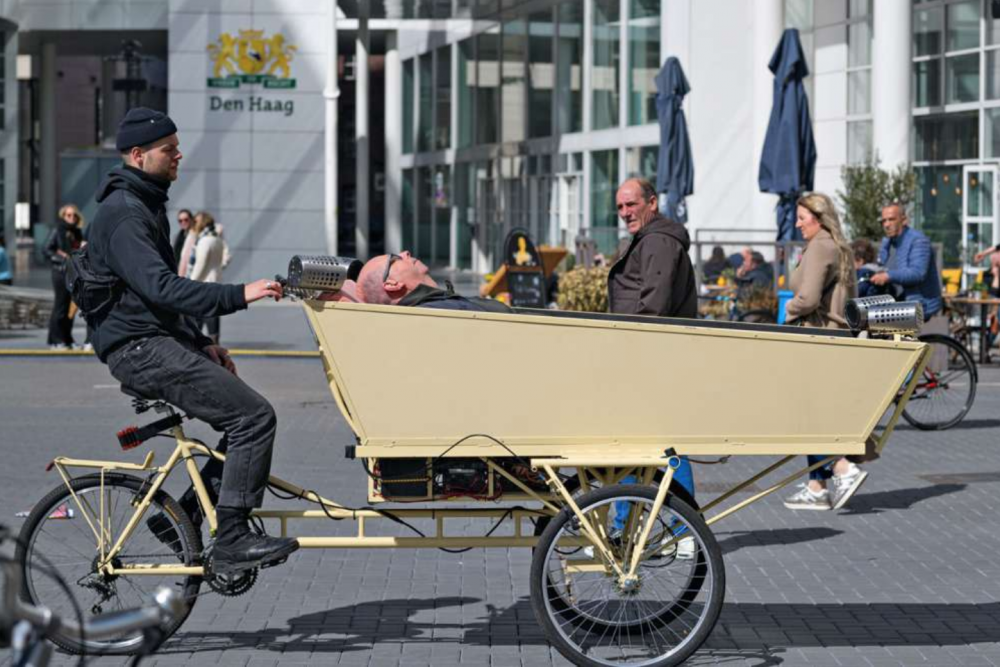 A short cut to deep listening, designed to take you floating horizontal through space.

Here playing 2222, made by Kaffe Matthews, a new eight channel composition sculpted from the Irish Uillean and Scottish Border bagpipes. Instruments designed to be played outside, here their difference in texture and tuning are pulled together in a vibratory drone based piece, designed to shimmer and throb around you while gliding downtown gazing skywards. Have you floated horizontal through streets before?

For 2222, the uillean and borders were played by Jarlath Henderson and Chris Gibb respectively through a collaboration with Kaffe in Belfast to make Sonic Bed_Scotland, where together they explored the competition and rivalry between these instruments and traditions of these neighbouring lands, seeking a harmony and celebrating through difference, remembering a common ancestry.
Buzz Bike was designed by Kaffe Matthews, engineered by Nick Martin and built from three recycled bicycles together with Lisa Hall and the Bicrophonic Research Institute (BRI) in Coventry, UK 2018, commissioned by Imagineer Productions. The mattress cover was made for 2222 by Maria Oosterveen.

2222 was commissioned by Rewire for Proximity Music: Sensing After Thought, an exhibition presented by iii and Rewire, The Hague 2022.